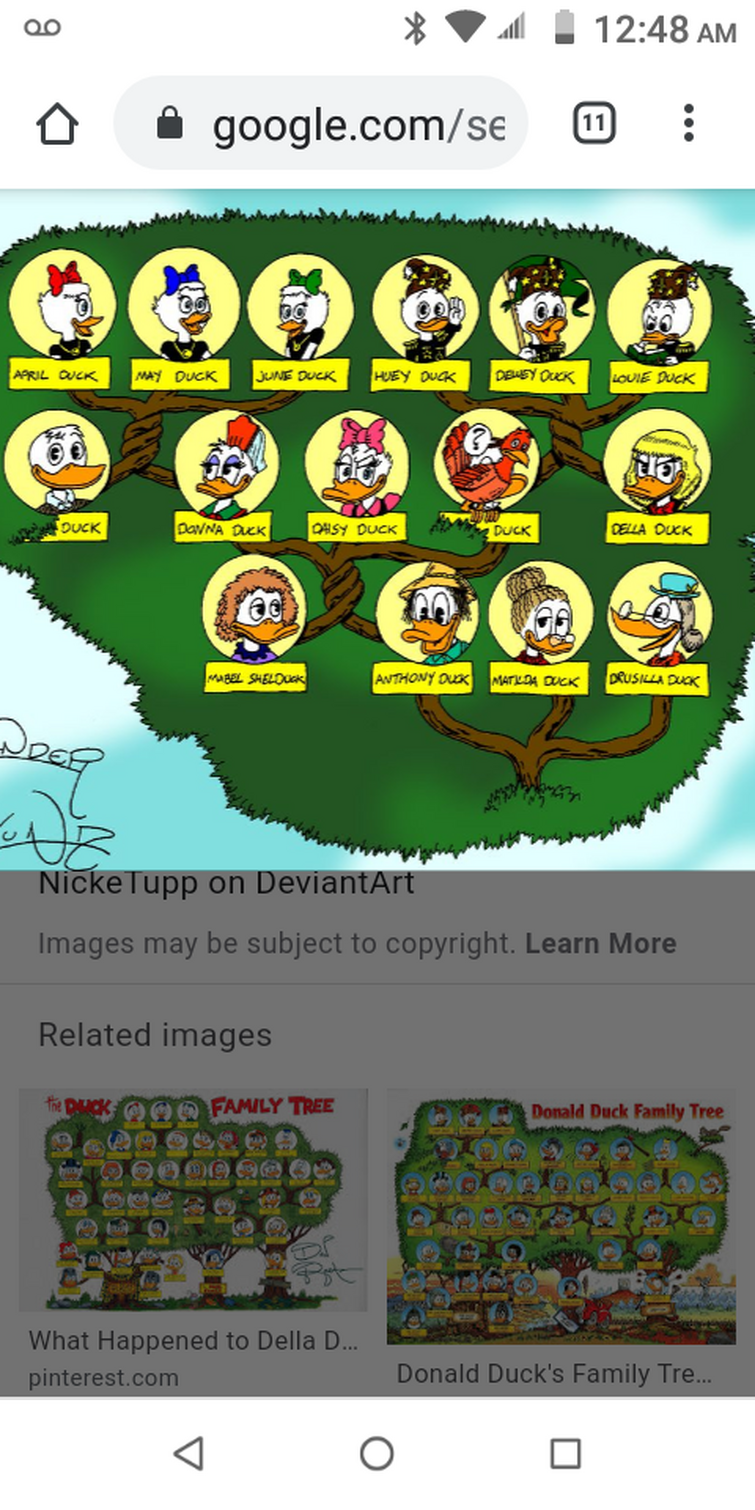 @Scrooge MacDuck you're right about the official family tree. I'm just saying that I trust more the Don Rosa and Carl Barks' family tree than an unknown's one.

Fun fact: The creator of the Swedish wiki did that tree.

Another fun fact: Daisy's parents are the two ducks in the end of Don Rosa's story "The Invader of Fort Duckburg"

YAYYY! Time to show off my favourite part of the duck family- so, Della married daisies brother in law who is referred to as mr duck, making daisy the triplets aunt in law, and daisy Donald’s sister in law.

Did anyone ever see the(really old) one where Donald want to propose and meets the parents. The place was a train wreck and the three boys (I am assuming Huey duey and Louie)’come running by him. I always assumed those were her kids and the reason they called him uncle was because that’s what they call every “strange man” she brings home. In the same cartoon Donald and daisy are under a tree and there are many couples initials crossed out. I paused it to see if 3 of those sets were were her to support it but no luck. Any thoughts