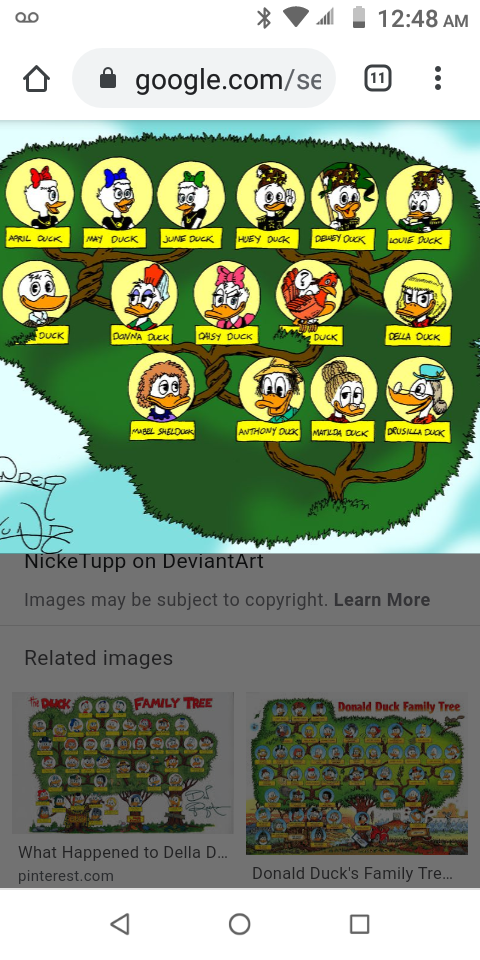 This family tree is fake

It's the only one tho

Well, that's a theory, but we don't know who the triplets' father is so...

That's a fanmade tree, so while the information presented therein is certainly interesting, it's not official. Anyway, that Daisy is Huey, Dewey, and Louie's aunt is a pretty predominant fan theory these days. I believe Don Rosa has been mentioned as a proponent of the theory, so it does have some official backing. The logic is generally that since Huey, Dewey, and Louie refer to Daisy as "Aunt Daisy", then she must be their aunt somehow. Since Huey, Dewey, and Louie's last name is Duck, some have concluded that their father was also a Duck and, perhaps in an attempt to both decrease the number of unrelated Duck families around and to explain the whole "Aunt Daisy" thing, conclude that he must have been Daisy's brother. Also of note is that in the cartoon Donald's Diary, Daisy has three younger brother who appear to be rascally triplets just like HDL! Some have speculated that one of those brothers grew up to be HDL's dad.