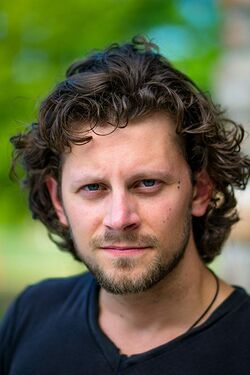 Alexander McPherson is an American actor.

Alexander McPherson has played numerous parts in period films and series, notably playing Alexander Hamilton in the television series Legends and Lies and Saint Francis of Assissi in the documentary film The Sultan and the Sain. As concerns this Wiki, he played the Carnie, the main antagonist of A Hitchhiker's Tale (2016).

Retrieved from "https://scrooge-mcduck.fandom.com/wiki/Alexander_McPherson?oldid=39329"
Community content is available under CC-BY-SA unless otherwise noted.