The Rumble for Ragnarok
Astro B.O.Y.D.!is the sixth episode of Season 3 of DuckTales 2017. It features the 2017 Continuum's Huey Duck, Gyro Gearloose, B.O.Y.D., Fenton Crackshell-Cabrera, his superhero identity Gizmoduck, Launchpad McQuack, and, in their debuts, Doctor Akita, Inspector Tezuka and Bully Beagle. Doofus Drake and Mark Beaks make cameos in flashback form and what appears to be the 2017 version of Gyro's mother can be seen in a picture.

Huey Duck makes friends with B.O.Y.D. among the Junior Woodchucks, in time to catch him beginning to glitch and have flashbacks to his creation… Before he reverts to his original programming completely and wrecks the city, he is taken back to Tokyolk by Huey, Doctor Gearloose and Fenton to find the old lab of Gyro's mad-scientist mentor Doctor Akita, with whom Gyro originally built B.O.Y.D., then known as 2-B-O. However, between Gyro wanting to remove the threat from his past at all costs, the mistrustful Inspector Tezuka, and the resurfacing, vengeful Doctor Akita, it seems only Huey sees B.O.Y.D. as what he wants to be — “a definitely real boy”… 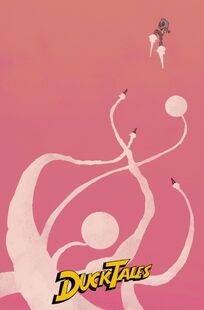 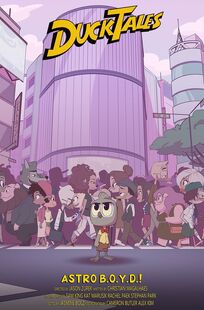 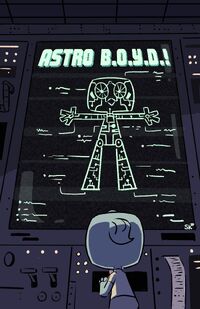