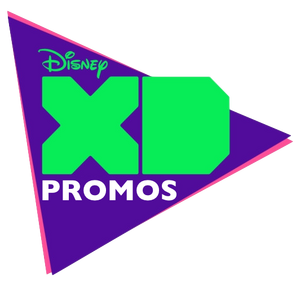 The Disney XD Promos are a series of stop-motion webcasts set in the 2017 Continuum, which were released between October of 2016 and December of 2017.

These spots feature various characters from several Disney properties interacting; the spots were released for Christmas and Halloween, respectively.

The first eight webcasts in the series where Halloween shorts, which featured characters from various Disney XD series visiting the 2017 Continuum's version of the Haunted Mansion. Also part of this cycle, though of fundamentally different nature, is Marco's Scary Stories, a hour-long interactive special done in the same visual style and also set in this version of the Mansion.

The series was concluded by a Christmas two-parter, Share the Joy, which brought together the DuckTales 2017, Star Vs. the Forces of Evil and Big Hero 6: The Series casts together but dropped the Haunted Mansion location.

These various shorts were released in 2017 for Halloween and Christmas on the "Disney XD" and "Disney TV Animation News" YouTube channels for free. They establish Pickle and Peanut, Big Hero 6 and a version of the Haunted Mansion to exist in the 2017 Continuum, as well as the fact that the dimensions featured in Star Vs. the Forces of Evil exist amongst the Parallel Universes of the Prime Universe and 2017 Continuum. Scary Stories also suggests that Gravity Falls takes place in that same universe as Star.

The series' take on the Haunted Mansion, astonishingly faithful to the original in most respects, did create one additional character, Babyboo.

Pickle And Peanut & Star Vs The Forces Of Evil Haunted Mansion - Stop Motion Behind The Scenes
Behind the scenes video.
Add a photo to this gallery
Retrieved from "https://scrooge-mcduck.fandom.com/wiki/Disney_XD_Promos?oldid=25785"
Community content is available under CC-BY-SA unless otherwise noted.