This version of the Duck Family Tree was drawn by Don Rosa for his personal use. It is a redrawn version of his "official" one in which he included Ludwig von Drake and Huey, Dewey and Louie's father's face (though not name). He would give copies of this version to fans, filling the empty box under Huey, Dewey and Louie's father's name with the name of the fan.

It is also notable for having been colored by Don Rosa himself, which gives us a rare glimpse of what colors Don Rosa thinks his characters are. 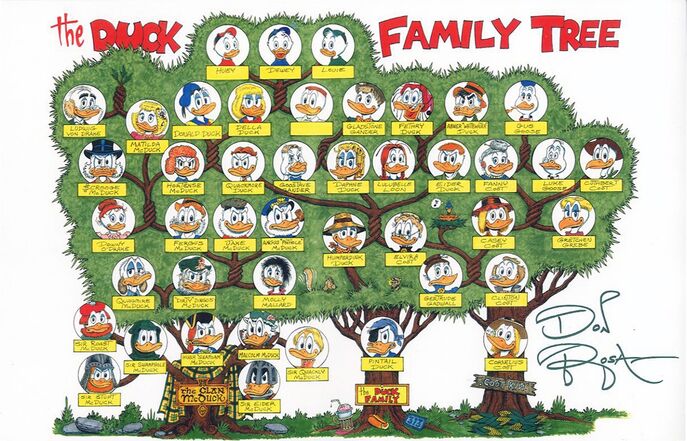