The unlicensed Donald Duck says "Relax!" was created by comic author Debbie Anne Perry and released in April of 2020 on Joe Torcivia's blog Joe Torcivia's The Issue At Hand.

It is naturally a commentary on the then-ongoing self-isolation caused by the COVID-19 crisis. On her official Twitter account, Perry also released a different, two-part comic concerning Donald's reaction to the epidemic, wherein which he was much less serene. 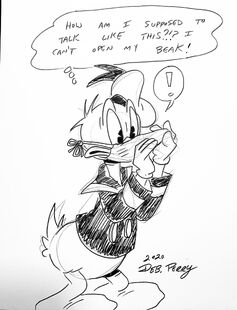 “Donald Duck is prepared for this virus...but he’ll have a lot less to say because of it!” 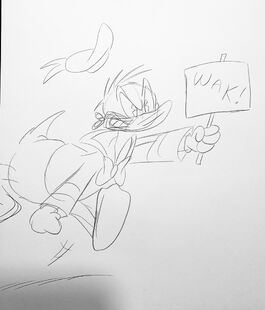 He could have a handheld whiteboard or a speech synthesizer to communicate! Or signs like Wile E. Coyote…
Community content is available under CC-BY-SA unless otherwise noted.
Advertisement