The Duckburg Wiki, formerly Duckverse Wiki, was a wiki concerning the Donald Duck comic universe as seen by Don Rosa.

Duckburg Wiki, created as Duckverse Wiki until the "Duckburg" URL was freed up, was the first Disney comics wiki, based strictly on Don Rosa's continuity (meaning only his comic stories and Carl Barks's were considered valid sources). Though initially partnered up with several successful foreign Disney comics wiki (such as Picsou Wiki and PaperPedia), Duckburg Wiki had trouble getting off the ground, in great part due to its limited scope in canon. In 2018, after two unsuccessful attempts by users Darkanine and Drleevezan to breathe more life into it, it was decided that Duckburg Wiki would merge with Scrooge McDuck some time in July. The merger was officially completed on Monday, July 9, 2018.

The Duckburg Wiki is a wiki, which was hosted on the wiki-hosting site Wikia since 2012.

The wiki is now closed, however, pieces of it have been merged into the Scrooge McDuck Wiki. Additionally, a Twitter account once operated by the wiki is still open, but is now abandoned, as is a Facebook account. 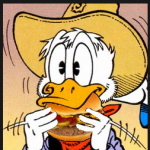 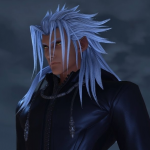