Gertrude is the name of the wife of one of the mayors who served in Duckburg.

She is said to have a bad hip, and is kept company by her cat, Gretchen, who now is old and nearsighted, was supposedly quite a mouser in her youth. Gretchen contributed to Donald's massive failure to design the Mayor's garden accordingly for the upcoming fox hunt.

Following that event, she aided her husband in the hunt for Donald. 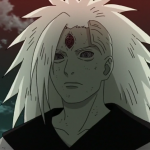 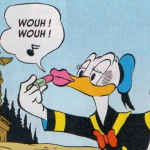