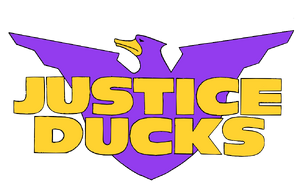 Justice Ducks was a proposed television spinoff of Darkwing Duck in the 1990's.

The series would have centered on a new version of the Justice Ducks superhero team from that series, led by Darkwing Duck and Gizmoduck, (and also featuring Rubber Chicken, who had previously appeared in the Darkwing episode Mutancy on the Bouncy.) who would have fought a variety of villains (many lifted from Darkwing Duck) alongside new companions.

Uncovered by D23 in the late 2010's, the Justice Ducks project was planned as an addition to the Disney Afternoon line-up, but abandoned early in developments. Precise year and crew are unknown. 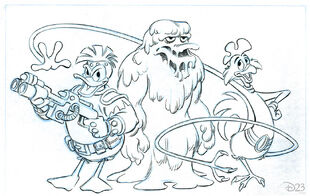 Three of the new characters: The Duckhunter, Muck-Draker, and Rubber Chicken. 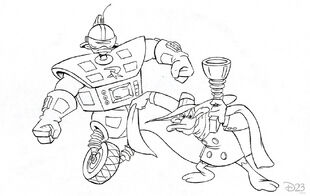 Darkwing Duck and Gizmoduck as they would have appeared in the series. 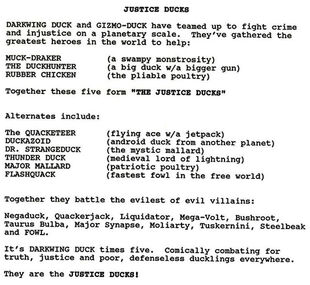