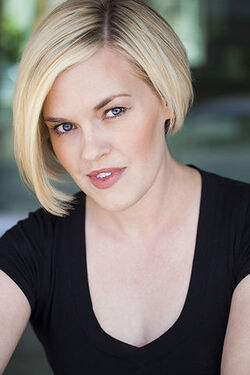 Kari K. Wahlgren (b. July the 13th, 1977) is an American actress, voice actress, and singer, who is known for her extensive voice work in anime, animation, and video games, and for voicing Charmcaster in the Ben 10 franchise, Tigress in Kung Fu Panda: Legends of Awesomeness, Amanda Killman in Bunsen Is a Beast, Mina in Bunnicula and Jamie in The Nut Job 2: Nutty by Nature.

She voices Roxanne Featherly in DuckTales 2017.

Retrieved from "https://scrooge-mcduck.fandom.com/wiki/Kari_Wahlgren?oldid=39390"
Community content is available under CC-BY-SA unless otherwise noted.