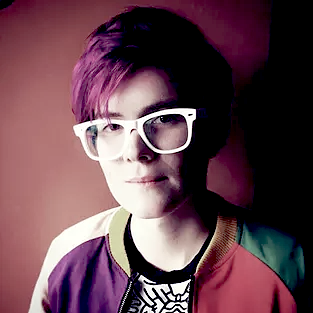 Californian-born nonbinary Kiernan Sjursen-Lien is a young artist who has directed several animated short films, written a few books on American history, and illustrated a few more. Sjursen-Lien, who has done story and design work for numerous animation departments (currently Boom! Studios), can eb fond on tumblr and Twitter.

In 2014, still early in their career, Sjursen-Lien worked an internship with the crew of Wander Over Yonder, contributing to the episode The Axe with, among other things, numerous pieces of concept art for possible designs of the alien queen featured in the cartoon. After the internship wrapped up, Sjursen-Lien created The Intern, a Wander Over Yonder comic based on their real-life experiences as an intern on the set, which features a Watchdog intern on Lord Hater's Skullship instead. 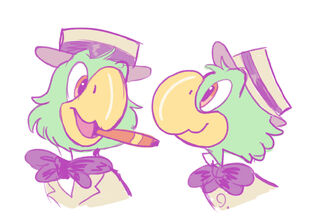 José Carioca drawn in March 2018 by Sjursen-Lien. (Link).
Add a photo to this gallery
Retrieved from "https://scrooge-mcduck.fandom.com/wiki/Kiernan_Sjursen-Lien?oldid=39395"
Community content is available under CC-BY-SA unless otherwise noted.