King Midas was a human man who is now a ghost.

In ancient times, King Midas was the King of Phrygia, known for his great wealth and immense greed. Throughout his life he quested for the magical gift of the Golden Touch, which would allow him to turn everything he touched into gold.[1]

He was first offered this gift by the imp Goldy, but, though he was, at first, ecstatic, Midas discovered that the gift was more trouble than it was worth, as it prevented him from eating. He begged and pleaded Goldy until the elf returned him to normal, taking all of his possessions away in trade-off.[2]

Midas, however, had not learned his lesson, and sought out the gift once again, from the god Dionysos. Having wised up to the flaw of his previous attempt at the Golden Touch, he acquired a pair of magical gloves which cancelled out his powers when he wore them.[3] This patch-up must not have been enough, however, as Midas ended up accidentally turning himself and his entire throne room into gold,[4] where his petrified body remained till the modern day.

However, it appears that his left hand, still possessed of the Golden Touch, was lopped off and taken away as an artifact by some enterprising ruffian, finding its way to the Vanishing Island where it was kept for centuries, before finally disappearing into the sea[5]

Midas's ghost stayed behind, still studying ways to gain the Golden Touch. He once visited Scrooge McDuck in a dream,[6] possibly because Scrooge had come to own his crown,[7] or simply because he was, by then, the richest man alive. Though still obsessed with gold, Midas's ghost also took time appreciate other pleasures, such as when he attended a polo match in 1936.[8]

Scrooge McDuck Wiki has a collection of images and media related to King Midas.

The Disney version of King Midas was first seen in the 1935 cartoon The Golden Touch.

The King Midas who appears in Hercules: The Animated Series, while also based on the mythological figure, must be considered a descendant of the original King Midas, as chronologically, the series takes place more or less concurrently with Aladdin and the King of Thieves, where Midas is already a long-dead figure of legend. 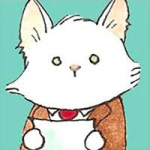