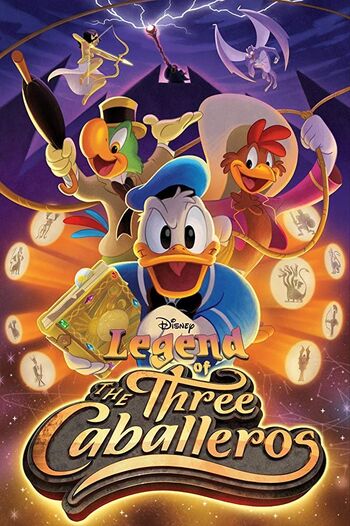 Legend of the Three Caballeros is a 2018 animated series focusing on the adventures of the Three Caballeros, and centering around a mysterious magical atlas discovered by the three, which will help them in their fight against an evil wizard and his apprentice. Though a first season of 13 episodes was released on the DisneyLife app, the show was inexplicably shrouded in mystery upon its discovery, and was not initially covered on usually-reliable websites such as IMDB and Wikipedia, though Steve Hullett revealed that he knew something of the project. The series eventually received a more official debut on Disney+.

The series apparently focuses on the Three Caballeros, Donald Duck, José Carioca and Panchito Pistoles, going on adventures all over the world as they take up the mantle of the original Three Caballeros. It has a colorful feel but is far from being as surreal as the original film. 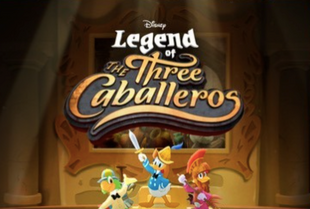 Promotional picture for the show. 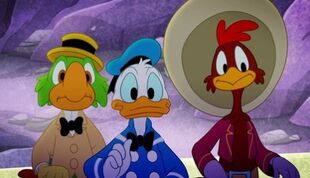 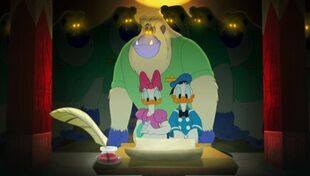 Donald Duck and Daisy Duck surrounded by yellow yeti-type beings, about to sign a scroll. [ Context is obviously of the essence. ] 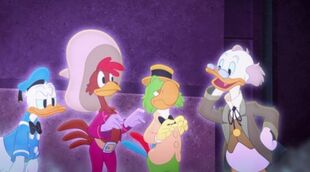 The Caballeros (glowing) chatting with what appears to be Clinton Coot ] 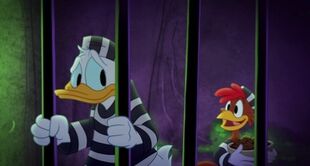 Donald and Panchito in jail. 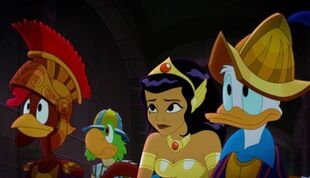 The Caballeros (each wearing historical helmets) look anxiously at what appears to be an incoming threat. Appearance of the Xandra. Her clothing may indicate she is a "native" (from some type of Lost Civilization?). 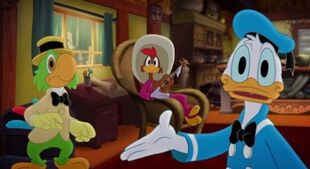 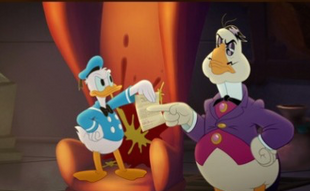 From the first episode, Dope-a Cabana. Room with armchair may be the same as in previous picture. 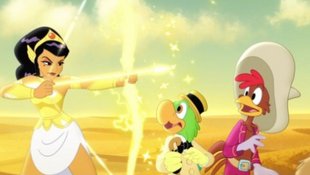 From Episode 3, Pyramid-Life Crisis; Xandra is again wearing "exotic", ancient dress, and is using what appears to be a magical golden bow. 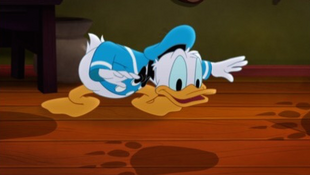 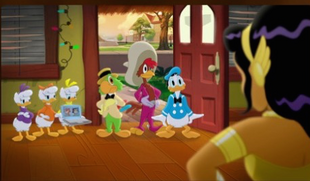 Xandra indoors, "welcoming" the Caballeros sternly. April, May and June appear smug and are holding up something on their computer. [ Image too pixelated to tell what.] 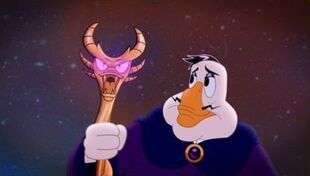 The gander from above holding what appears to be an evil magical staff. 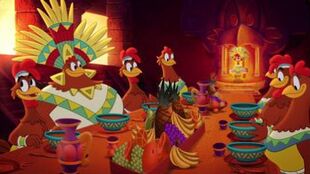 What appears to be an ancient civilization of anthropomorphic chickens [resembling Panchito] and their chief/king having a feast. 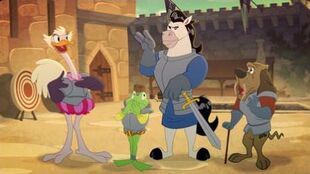 An anthropomorphic dog, horse, frog, and ostrich, possibly having a conversation. 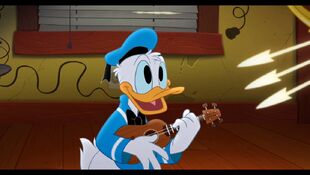 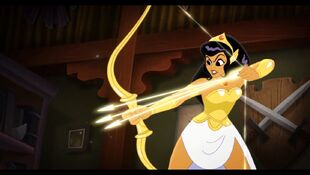 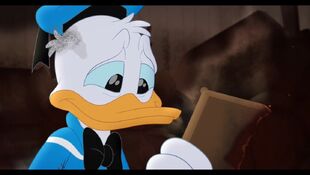 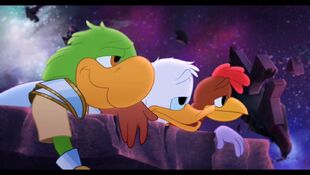 Add a photo to this gallery
Retrieved from "https://scrooge-mcduck.fandom.com/wiki/Legend_of_the_Three_Caballeros?oldid=37477"
Community content is available under CC-BY-SA unless otherwise noted.