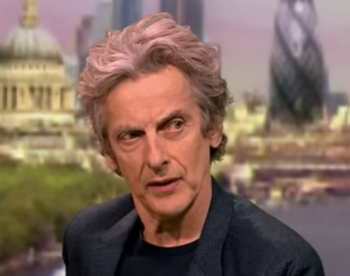 Peter Dougan Capaldi is a Scottish actor, writer and director.

The winner of an Academy Award for Best Live-Action Short Film (for his direction of the short film Franz Kafka's It's A Wonderful Life, starring Richard E. Grant), Capaldi is most renowned as an actor, his two most famous roles being the endlessly-rude, eccentric Malcolm Tucker in the satire TV series The Thick of It, and as the Twelfth Doctor in Doctor Who.

Capaldi reprised his role as the Doctor in the crossover video game LEGO Dimensions, and voiced Rabbit in Christopher Robin.