Quackwerks is where Scrooge's secretly houses certain assets. In the photo you can see the headquarters of Quackwerks a corparation in St.Canard a town not far from Duckburg. Scrooge have put Launchpad in charge of Quackwerks!

In the first story Danger rides on Dark wings of Ducktales/Darkwing Duck Crossover it is seen that Quackwerks changed with the power of the Shadow Slime and became the base of the League of Eve-il! Magica De Spell and The Phantom Blot used it for their own purposes and to lead the heroes to their trap! 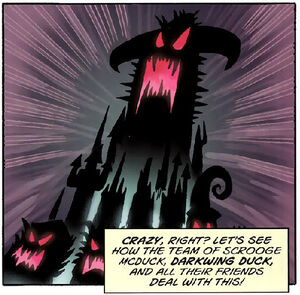 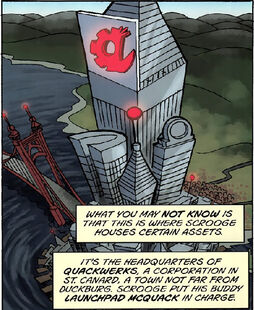