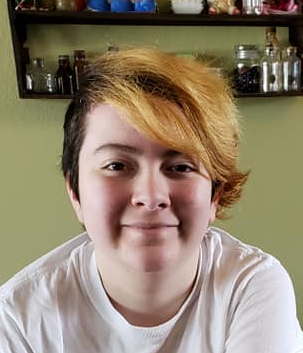 Rain Santiago, known simply as Rain N. Thirteen, is a Hispanic writer, artist, animator, actor, and songwriter best known for their work on Charlie's Head Is In The Hatbox, which is hosted on Tumblr, and web novel A Day in the Life of Fandoms. Their main blog can be found here.

Rain's career got started with the release of their three singles, Let Me Be The One, Second Turn At The Roundabout and Quarantine. They were interviewed on Radio Latina on the 12th of July and are currently working on releasing a full studio album, The Sun Is Better Than It Sounds. Their main work resides with her upcoming webcomic Sanctus Prisma  and web animation Charlie's Head Is In The Hatbox, the first episode of which can be found on their YouTube channel. They voice both Constance Hatchaway and themselves within the series.