The Secret of Shapur

Shapur is an ancient city in the Indian jungle.

Shapur is a city in the Indian jungle which, thanks to the power of the magical Scepter of Shapur, grew into a contented utopia. Thousands of years ago, its people became bored with their ideal life and, in secrecy, began touring the world, leaving the high priestess Katima to guard the city and its treasures using the Scepter, which she did by misleading such explorers as Sir Henry Trotter.

In 2017 Scrooge McDuck and Flintheart Glomgold tried to find the treasure of Shapur. Katima told them that the city wasn't actually abandoned but that she was the guarder of it. Scrooge and his nephews listened but Flintheart wanted to steal it and leave Katima (and Scrooge and his nephews) to die in the jungle. Luckily Glomgold's evil plans were stopped and his memories of the city were erased like Sir Henry Trotter's.

Shapur was only ever seen in the 2017 story The Secret of Shapur. 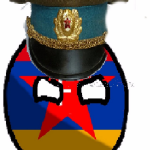