Slime Nega Duck is Nega Duck fused with the slime. He used the slime to capture most of the good and bad characters. He got weak when Donald Duck got a lot of the citizens to fight against the slime. Nega Duck got most of the villains to help him try to take over Duckburg until Darkwing, Scrooge, and the other heroes managed to defeat them. 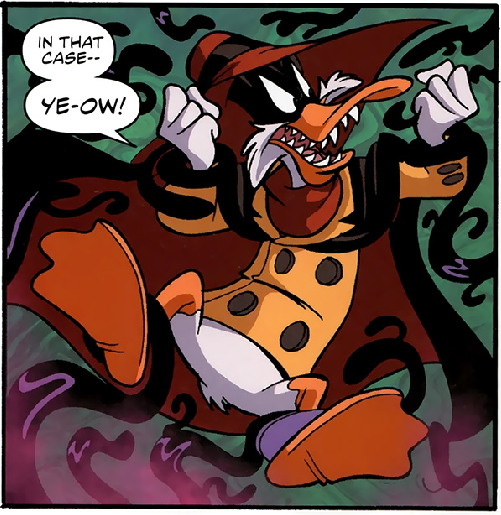 Retrieved from "https://scrooge-mcduck.fandom.com/wiki/Slime_Nega_Duck?oldid=27432"
Community content is available under CC-BY-SA unless otherwise noted.