Create the page "Frogs" on this wiki! See also the search results found. 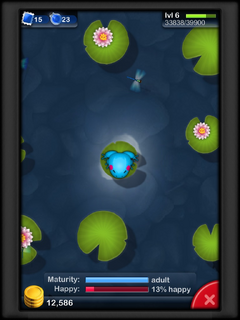 Hi, and welcome to Pocket Frogs Wiki, the free encyclopedia about Pocket Frogs that anyone can edit. Pocket Frogs is an iOS and Android game where players can breed frogs to complete collections, gift frogs to other users, decorate habitats…