Spirou and the Poisson Express 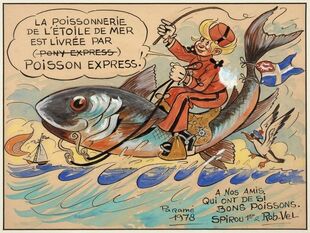