The Richest Duck in the World

The Richest Duck
in the World

After conning his way to the top, can Louie Duck handle the pressures and responsibilities of being the richest duck in the world yet? It's not just, as it turns out, a matter of business sense and practicality (although Louie's bad at that too). There is also a very good reason why Scrooge was always so insistent on making allowances in the budget for "magical protections"…

The Richest Duck in the World first aired on September the 11th, 2019. 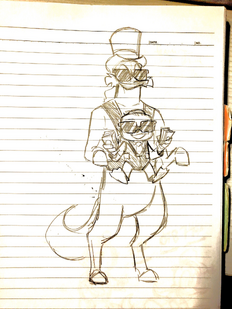 Concept-art for a deleted scene in the episode, posted on Twitter by Matthew Humphreys.
Français
Community content is available under CC-BY-SA unless otherwise noted.
Advertisement