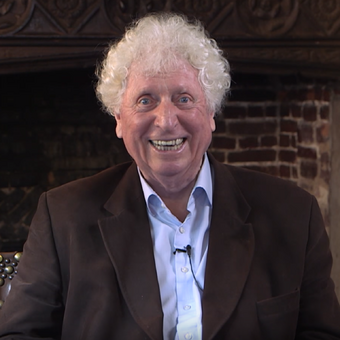 The booming-voiced Tom Baker, who has played numerous film roles besides (such as a version of Grigori Rasputin), is best-known for his portrayal of the Doctor in the science-fantasy series Doctor Who. The fourth actor to officially take the role in the television series, and the sixth in all (counting Peter Cushing and Trevor Martin), Baker also kept tenure of the role for longer than all the others so far, and his is considered one of the most iconic versions of the character.

Retrieved from "https://scrooge-mcduck.fandom.com/wiki/Tom_Baker?oldid=39439"
Community content is available under CC-BY-SA unless otherwise noted.