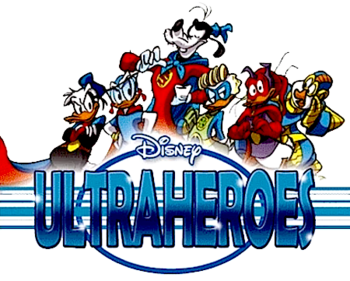 Ultraheroes, also known in some of its American releases as Disney's Hero Squad: Ultraheroes, is a comic series.

The series focuses on the adventures of the titular team of heroes assembled by Eega Beeva to counter the wicked schemes of Emil Eagle, who in turn creates his own army of supervillains, the Bad Seven. The first story arc saw the two teams vying for control of the Ultramachine, hence the team's name, though they were later repurposed to fight many other Eagle endeavors.

Retrieved from "https://scrooge-mcduck.fandom.com/wiki/Ultraheroes_(series)?oldid=34777"
Community content is available under CC-BY-SA unless otherwise noted.