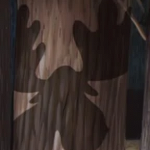 Just a Duck/Mouse fan looking to contribute to the admirable project that is the Scrooge McDuck Wiki. I'm not as good of an editor as I wish as I was, and I'm sure I'll be prone to goofs (a-hyuck!) every now and then. Still, I hope I manage to help this wiki as much as possible both in my usual edits and in my capacity as an administrator. Don't hesitate to message me about anything wiki-related! I'll do my best to help with anything that I can.

Some of my favorite pages on the Scrooge McDuck Wiki currently include the following:

I'm also an administrator at the Bambi Wiki. If any of you want to help me out over there at any point (even if it's just small things like correcting typos), that would be much appreciated! We can use all the help we can get! God bless!

In July 2019, I was honored to be named as the Scrooge McDuck Wiki's Best New Member for 2018-2019. It meant a lot to have been honored in such a way. Many other users including Kilmarnock228, Ultimantium, and Ducktor Who could have easily and rightfully won the award as well. They were users who joined the Wiki in the right time frame necessary to win the award and were quite worthy of the award even if they did not win it.

In July 2020, I was honored to share the title of the Scrooge McDuck Wiki's Best Member for 2019-2020 alongside my fellow admin and one of this wiki's friendliest, longest-serving, and, as the name of the award implies, best members, Drleevezan.

On January 12, 2020, I was made an administrator of the Scrooge McDuck Wiki.

Retrieved from "https://scrooge-mcduck.fandom.com/wiki/User:TheMidgetMoose?oldid=47984"
Community content is available under CC-BY-SA unless otherwise noted.