Captain Ultimantium is a wiki editor.

I travelled to Earth-616 to capture the Super Soldier Serum and injected myself with it when the nazi spy attacked. Meanwhile, I travelled back to my universe (Earth-1218) to defend the Earth as Captain Ultimantium, this universe's version of Captain America. When on a recent mission on another planet, I gained cosmic powers. I now use them to defend Earth and contribute to FANDOM Wikis! I recently also discovered that on an alternate planet, my version is the Ultimate Spider.

I love drawing and reading comics. I have ever since I was 4 - and I especially love Marvel Comics (and Panini Comics - which reprint them), which you might've guessed. I love creating superhero/funny animal stories, too. And I collect comics from all ages, including those from reprint series (Marvel Masterworks, Marvel Milestone Edition). My favourite superheroes are Captain America, Spider-Man, Howard the Duck, Groot and Silver Surfer. My favourite cartoon Characters are Scooby-Doo, Bugs Bunny, Super Rabbit (Timely/Atlas Comics), Daffy Duck and Donald Duck.

He had a break from several wikis, but he's back now... on this one, at least. He likes the "Wiki Awards" idea from Drleevezan.

Contrary to popular belief, Ultimantium is a human. He debuted on Fandom Comics in Marvel Database Comics on August 2nd 2018, but first debuted on Scrooge McDuck Comics on May 11, 2019. 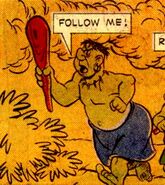 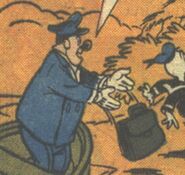 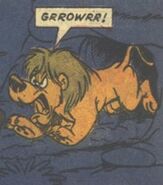 Community content is available under CC-BY-SA unless otherwise noted.

Ranked #6
on this wiki