Victoria stories
“Victoria” is the most recurring pen name of an artist, performer and occasional comics-writer from Tokyo, and active member of the online D.O.N.A.L.D.I.S.T. community. She has also gone by the names, or used the usernames, Ottoborg, Scroogerello, Vicky Jean, Goldie and VictoriAliferous over the years.

Though having some experience with stage work,[1] Victoria is primarily an artist. A noted DONALDIST and fan of Don Rosa, she was hired by Rosa for the 2015 Dragon*Con comics convention to help present his panel and booth.[2] Through part of the experience, Victoria was costumed as Goldie O'Gilt herself.[3] Victoria and Rosa became friends during the experience, and collaborated on several (unlicensed) Duck comics pieces, often with Rosa inking a comic begun by Victoria.[4] In 2015, Victoria, under her Tumblr handle of “Goldie”, was also one of the “admins” of the DuckWeekly project, allowing her to contribute more unofficial comics to the Duck mythos.[5] 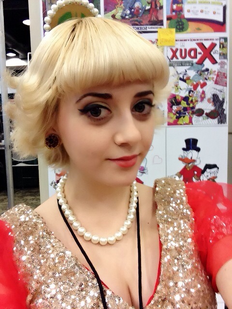 Victoria as Goldie O'Gilt as part of Don Rosa's presentation on the second day of the 2015 Dragon*Con. 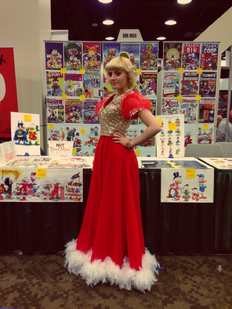 Full-body picture of Victoria as Goldie, reportedly taken by Don Rosa himself. 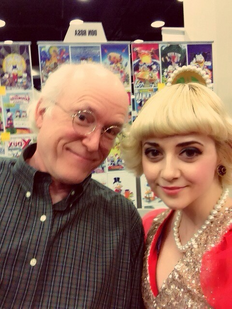 Don Rosa and “Goldie”. (Source for all three “Goldie” picture.) 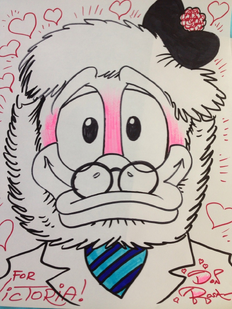 Art of Flintheart Glomgold created by Don Rosa for Victoria at the Con's end. 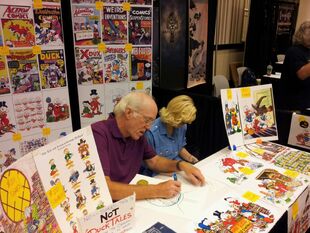 Another day at Dragon*Con. 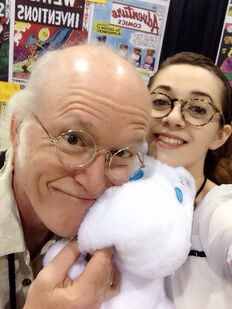 Victoria, Don Rosa and a Moomin plush in 2016 on the occasion od a different convention.